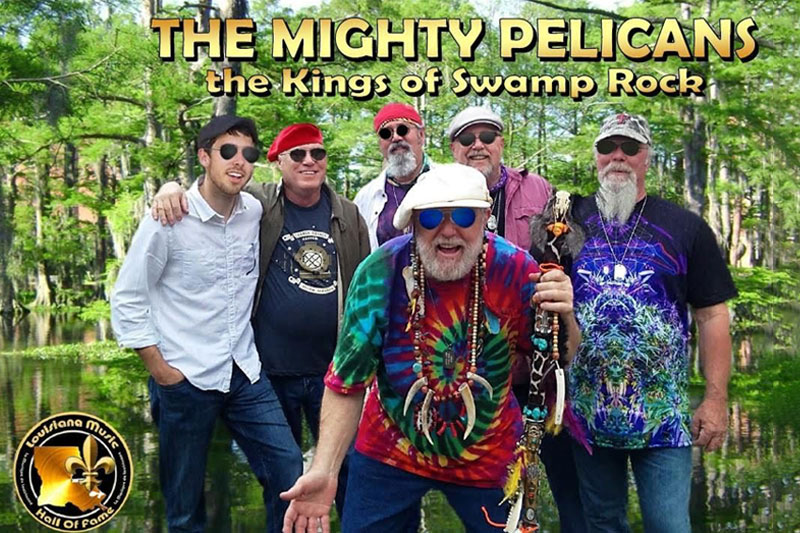 In addition to BYOB, Topp Dawg will be out slinging Hot Dogs during the show! Topp Dawg Info. 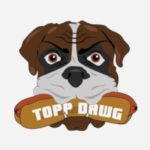 Kerry “Kingfish” Blackmon (drums and vocals) and Chuck “T-Charlie” Doyle (bass), both Louisiana natives, met at LSU in the 70s and began playing together in blues, R&B, and zydeco bands after they both moved to Austin in the early 80s. Kingfish’s son Michael “Mudbug” Blackmon (rubboard and congas) grew up in Austin and, like his dad, is a killer drummer/percussionist. Johnny Blue (guitar and vocals) drifted to Austin from Houston, where he’d been gigging in various projects for years, and eventually met Kingfish and T-Charlie when they were all recruited into an Austin area zydeco band. The guys started the Mighty Pelicans several years ago as a fun little side project while they played in other groups, but the Pelicans became their musical priority in June 2011, and the band has been performing frequently around Austin ever since.

The Mighty Pelicans’ music is firmly rooted in the sounds of New Orleans but also reveals influences of southern blues and R&B, as well as Cajun and zydeco. It crosses genres and is a little difficult to pigeonhole, but the Pelicans like to call it New Orleans Swamp Rock. It’s guaranteed to incite a good time.