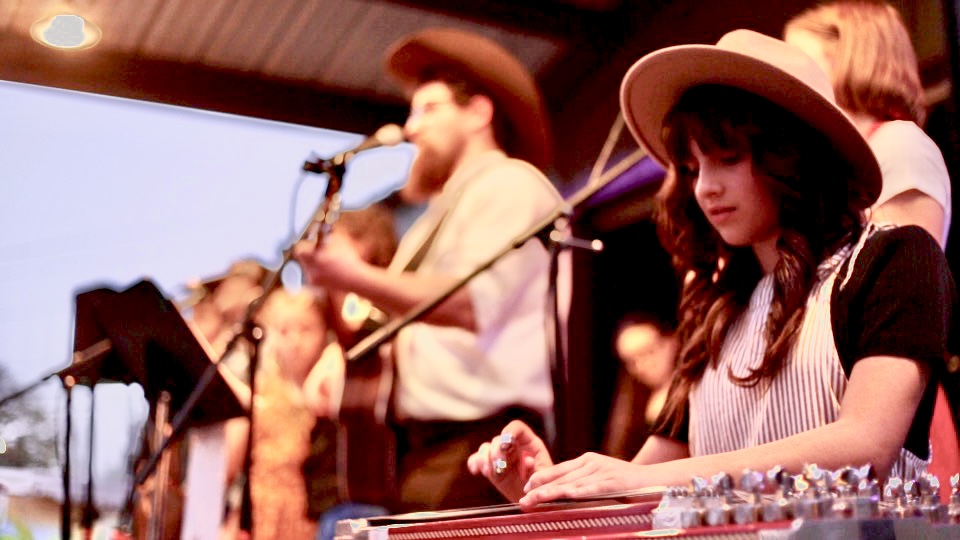 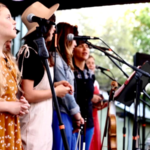 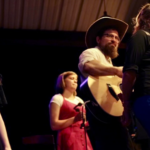 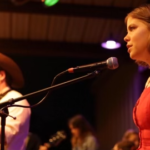 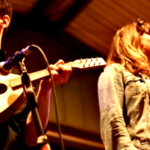 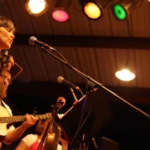 Colby and Kimberly
Colby and Kimberly Pennington met at a small college just outside of Tampa, Florida in 1996. Colby had been writing songs and playing with his brother, Brent, since the age of 12. Colby dropped out of his small town Texas high school in his junior year to take a train with Brent to Florida. On one occasion, the train conductor came out and sang “Don’t think twice, it’s alright” with the brothers. Colby’s dreams of following the drifting ways of his troubadour heroes, Dylan and Guthrie, quickly fell through after laying his eyes on Kimberly Delarosa, a fellow Texan who happened to be attending the same college. Kimberly, a popular and outgoing beauty, homecoming queen of her large San Antonio high school, didn’t seem like the likeliest fit to for Colby to most who knew them at first. Indeed, their first year of dating was fraught with drama fit for a college musical, and at the end of the year, Kimberly had moved on to her former boyfriend back in Texas, while Colby wrote songs about it all. When a new semester began in 1997, however, and Colby asked Kimberly on stage to sing a love song with her, the two got together for good, and they’ve been performing together ever since.

Jonah
After marrying in 1998, the couple moved to Austin where Kimberly learned how to fiddle and taught 1rst grade while Colby continued school and reunited with his brother Brent in a band called The Channel, which experienced limited success on the college radio charts. In 2002, Kimberly gave birth to Jonah, their firstborn and only son. Old cassette tapes and videos provide proof that Jonah was following in his father’s footsteps as early as 4 years old when he began writing his own songs. Colby and Kimberly took full advantage of their son’s interest in music and began performing shows at retirement and nursing homes in the Austin area as soon as Jonah and his sisters were able to carry a tune. Jonah would go on to master bass guitar, lead guitar, keys and practically whatever instrument was called for. At 18 years old, he left home and ended up in Kentucky, where he met Kassidy Ramsey, who played piano and quickly began harmonizing vocally with Jonah. A year later, the two were married. Under the moniker of Drifiting Luke Jr., Jonah has already released several full length albums. Now back in Texas, Jonah (19) and Kassidy both contribute significantly to the family’s musical efforts.

Chloe
Born in 2002, the Pennington’s first daughter did not deviate from the family trade. Among their circle of family and friends, Chloe’s voice quickly stood out. As she grew, she learned fiddle from Kimberly and from Mary Hattersley, a local musician who had played with the likes of Willie Nelson, Jerry Garcia and numerous other well known musicians. Chloe also took to the piano, but she became especially interested in songwriting. Having written a book, she is currently turning the story into a musical, which she hopes to pitch to local theater groups within the next year or so. At family shows, however, it’s Chloe’s voice that grabs the attention of the audience. She too has a couple of original albums under her belt.

Adeline
A few years later, in 2006, Adeline came along as the second born daughter. Though growing up in the shadow of her sister, Adeline stood out in her right for her ability to create innovative fiddle parts and a talented versatility that would have her playing drums one minute, blazing the bow on “Orange Blossom Special” the next, then belting out a vocal, Linda Ronstadt style lead vocal.

Patience and Amelie
Born in 2009 and 2011, respectively, “the littles”, as they are known around the Pennington house, completed the family unit. At the age of 12, Patience plays fiddle and has especially been drawn toward the pedal steel guitar while Amelie hones her craft on the fiddle, cello, percussion and bass guitar. Patience’s unique voice is also a standout in the family shows, but perhaps the most ear-pleasing spectacle of a Family Shiloh performance is when the four girls get together in perfect, vocal harmony- a wonder that derives from the musical output of the shared blood between them.

Family Shiloh Now
Up until 2021, the family had created 3 albums of original material, recorded numerous original songs for the benefit of friends, the elderly, or by special request from those who were suffering illnesses or who other families who had lost loved ones. The family keeps a full calendar between Colby holding down a day job at Travis County, schooling and weekend performances at local cafes, clubs and other venues. The last self-released album of original material, ironically titled Really Going Places, was recorded in 2020 at the beginning of the pandemic when the family was stuck at home together. This was the first album wherein the family attempted to match the style of their typical live performances with the songs they wrote and recorded. They enlisted the help of Neil Flanz on steel guitar, who had performed with Colby in the past but who also has performed with the likes of Ernest Tubb and Gram Parsons, and who became Patience’s first steel guitar instructor. Upon listening to this album, Kali Smith, who had become acquainted with Kimberly through mutual friends, expressed her interest in the music the family was making. After some casual conversations ensued about the possibility of a collaboration between the Smith’s ranching efforts and Family Shiloh’s music endeavors, a vision was born to mutually shine a spotlight on each family’s work- the Smith’s high quality longhorn operation and the story and people behind it would be given a musical exhibition like few ranching families had ever received while the Family Shiloh would be generously supported by the Smiths in their musical goals derived from a sheer love of family and song.