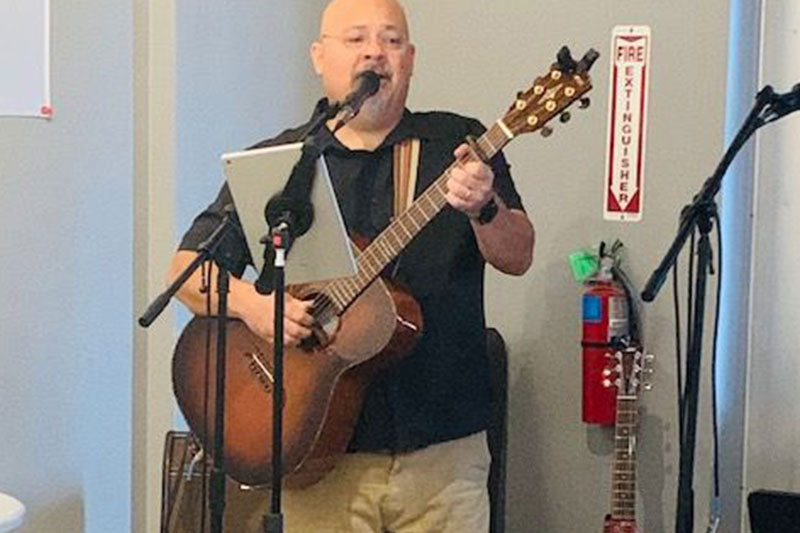 Isabella, from Mexico City, loves to sing and play guitar. She particularly enjoys performing folk/Americana, but she also features some of her favorite songs from Mexico. She has only recently begun to play in public but has been well-received.

Cory is a choral musician and singer who also enjoys performing folk/Americana style songs. He has been performing in the Pflugerville-Round Rock area for a couple of years.