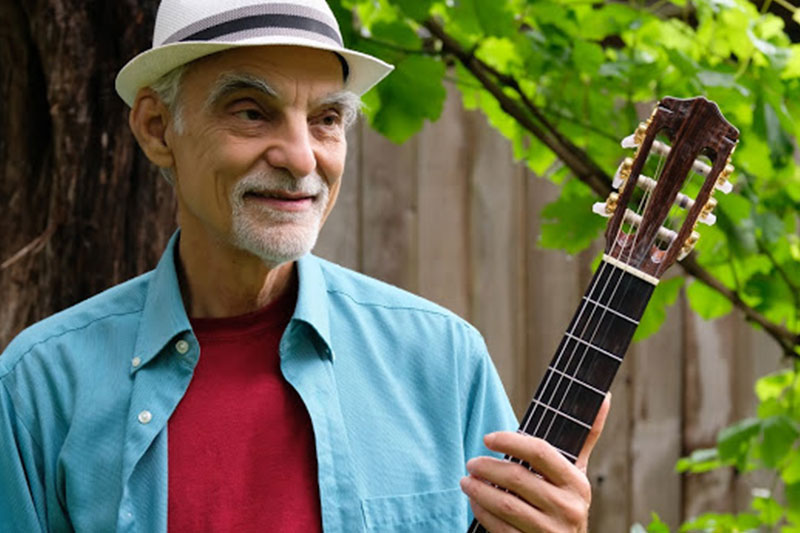 Around the turn of the century, the music of his native Cuba started calling Carlos. Learn me, it said; perform me and let others hear me. So he set about learning to play son, cha-cha-chas, boleros, and guajira, as well as other styles from the rest of Latin America.

Now retired, it’s what he loves to do–besides cooking, gardening, and bicycling around Cedar Park. And of course, going to hear and dance to live music.

The pop tunes of his young adulthood (Beatles, Dylan, Motown, ’70’s folk/rock) will never leave him, but his heart is in traditional Latin music now. That’s what he’s been sharing with audiences from Liberty Hill to Taylor and from Walburg to San Marcos in the last few years.

Having played in local bands, most recently in Canción Latin Duo, he now performs solo.

He likes doing Spanish songs that have an English version, switching from one to the other, or coming up with his own translations. His original songs can be one language or the other, silly or serious, emotional or philosophical. Carlos made living programming computers, but you won’t hear anything about that in his music. Or for that matter in his poetry, which he has been sharing with the same poetry group for the last dozen years.